Dr. Babasaheb Ambedkar Museum is one of the most popular landmarks in Pune. Situated on the Senapati Bapat road of Pune, the museum is a compilation of the belongings and contributions of Babasaheb that depicts many of his significant life events right from his birth till death. It was established on 14th April, 1990 in the birth-centenary year of Dr. Ambedkar. The memorial is a huge dome laced with a beautiful garden. The Symbiosis Society looks after this museum.

Dr. Babasaheb Ambedkar was highly qualified and had a very dynamic personality. He was the architect of the Indian constitution, philosopher, political leader, and above all a great social reformer. He was the one who fought social injustice and inequality. The Ambedkar Museum is a tribute to him for his contribution towards the welfare of the people and meritorious service of the nation.

All his belongings and achievements in the Ambedkar Museum will grab your attention from the word go. There is a white marble bust of Dr. Babasaheb Ambedkar at the center of the museum, imprinted with his accomplishments at its bottom. Beside this, there is an enclosure containing the things presented to him during his visit to different places. This includes a Buddha statue, a kettle with a cup and saucer, an ashtray, a lamp, etc. It is said that he used to have his tea in British style. On the other side, you will see some chairs including the one from where Dr. Ambedkar presented the Constitution of India to Dr. Rajendra Prasad. You will also find a violin nearby that he used to learn and play. There is an enclosure that consists of some of his clothes hanging on a wooden stand. It also includes the one that he wore at the Buddhist Conference in Kathmandu and delivered his notable speech. You will also find his pair of shoes. There is an enclosed space that includes a dining table with properly arranged plates, bowls, and some utensils on it. This is the dining table where he had his meals. You will also find a bed where he took his last breath.

On the other side, you will find his bags that he used to accompany while he traveled. It is said that his bags contained more books than clothes. Besides this, you will also come across a silver ink pot gifted by Lord Mountbatten, his traveling accessories, gardening tools, etc. Moreover, the Bharat Ratna medal and its citation, old paper cuttings of him and his speeches, the degrees that he achieved, his handwritten letters, a paperweight with his name imprinted on it, a copy of the Constitution of India, and some of his photographs are preserved in the Ambedkar Museum. Thus all these things highlight everything about Dr. Ambedkar right from his achievements, lifestyle, to his contributions.

You can visit the Ambedkar Museum between 8:30 a.m. and 5:30 p.m.Visit this museum at least once to sense its beauty and the significance of Dr. Ambedkar in modern India. 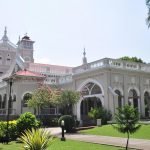 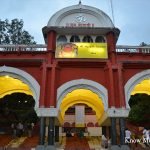