Below article is written by one of our reader who wanted to share his/her experience with all of reader.

IBM is worse than Wipro as far as exit procedure is concerned, I was told to meet Mr. Mujawar Sameer in HR team, was I was waiting for 6 hours in HR bay for Sameer as he was in meeting, after wasting several hours, I decided to come back again on 18 June, 18 June was the day when I learned a lot about this hopeless corporate sector, I went to IBM at 12pm, as my access card was blocked the security team asked me to wait outside office in cafeteria till someone from HR team comes out to escort me inside the office, I called up HR team and Nidhi Chawla from HR team answered my call on the intercom, she told me that process HR Sameer Mujawar is busy in a meeting, I was frustrated, but I decided to wait for some time as exit was important.

At around 3 pm Sameer came in cafeteria for his lunch, I approached him and told him about my exit, he asked me to wait for some time outside the office as he was busy in some training, I asked him for his mobile number and he refused, Sameer did not turn up till 8 pm, I got his mobile number from my friend in HR team and sent him a text message, Sameer messaged me back saying that I will have to come on Monday 20th June as he was done for the day, I cried for few minutes once I reached home, but realized that this is how Indian corporate sector works, they do not care for employees, all they care for is money.

After this incident I wrote an email to HR manager (Pune) Mr. Kalpak Huddar and he promptly replied apologizing for the whole incident and asked me to come on 21st June to complete the exit, I went on 21 June and completed the exit procedure, but trouble was not over yet as when I got a full and final settlement letter I was charged 200 Rs for non submission of id card and the last designation on my relieving letter was Part-Time Customer service Rep, again I contacted HR team and Mr. Huddar to inform him that I had submitted my Id card on 21st June (day of exit) and my last designation was not part-time as I was working as a full-time employee in Virgin media back office team, I have still not received any reply from HR team.

I approached two political parties for help, one is opposition party and second is the one which claims to help Marathi manus since 1980s, person from opposition party said that IBM can treat me like a slave or any other way as they are paying me, then I went to the party which always claims to help Marathi Manus, But person from this political party said that they cannot help me as IBM is a good organization and IBM retained me 3 times when I resigned.

Now I am planning to take legal action against IBM Daksh (Pune) as working with them has caused a lot of mental harassment and few other health issues, this company is running its exploitation racket with support from Politicians and people are not complaining as they do not know their rights.

I have all the relevant emails regarding this case, if anyone wants to view them. 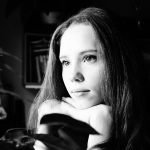