The Peshwe Park is one of the most popular parks of Pune that is situated near the famous Saras Baug Ganapati. Spread over an area of 7 acres, it is an energy park that stresses the importance of renewable energy in today’s times. It is also a home to the recently launched Adventure Park, which is getting popular day-by-day. The Pune Municipal Corporation (PMC) looks after the park.

The things started when the PMC created Peshwe Park in 1953. This is the same place where Madhavrao Peshwa had constructed his private menagerie in the year 1870. The park, erected in 1953 was a zoo that exhibited animals in traditional cages. Over the years, this zoo had gained a lot of attention and eventually became very popular. It attracted people from all walks of life right from children to the old ones. However, all the animals from this park were eventually shifted to the Rajiv Gandhi Zoological Park as it had failed to meet the guidelines of the Central Zoo Authority of India and was ultimately closed. Later the PMC collaborated with MEDA (Maharashtra Energy Development Agency) to set up an energy park at the Peshwe Udyan. The main aim behind its establishment was to create awareness about the use of renewable energy amongst the people. Recently the Adventure Park was launched with an intention of equipping the children in adventure sports to make them physically and mentally stronger.

It is the perfect blend of education and entertainment that makes the Peshwe Park worth visiting. The energy park serves the purpose of using non-conventional renewable energy and spreading its awareness. This includes a biomass pavilion, hydro-energy pavilion, information pavilion, battery operated Phulrani train, solar pavilion, etc. The park also houses the children playground that includes slides, seesaw, swings, etc. Nearby this playground lies the Phulrani toy train which is popular from the times when the park was a zoo. The children enjoy it a lot. Plus the establishment of the Adventure Park has created a buzz and is getting a positive response.

The induced adventure sport activities include wall climbing, net climbing, balancing, rope slider, skyway, tower climbing and many more. The instructors here provide the safety accessories to the children and supervise their performance and actions. The adventure sports allow the children to develop new skills and improve their reflexes. In addition, the luxuriant greenery of the park and the lake make it very appealing. Even adults get an opportunity to connect with the nature and spend time with family and friends. You will also find eateries providing delicious items and private amusement activities like merry-go-round, horse riding, slides, etc. outside its premises. Also nearby the park lies the popular Saras Baug Ganapati and Mahalaxmi temple.

The Peshwe Park remains open from 9:30 a.m. to 5:30 p.m. everyday. As it is situated within a mile from Swargate, finding the place is not an issue. Even you can opt for the Pune Darshan trip that includes this place in its list. Thus make sure you visit this park to figure out its uniqueness and beauty. 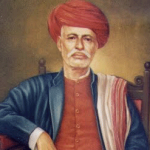