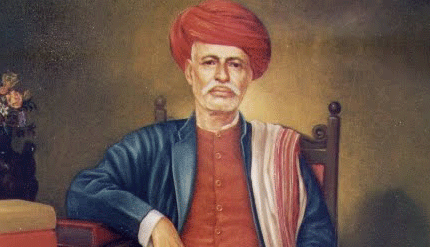 Phule Wada is a well-known place in Pune that shares its history with the renowned social reformer Mahatma Phule. It is situated in the Ganj Peth area near Pune railway station. Built in 1852, it was once the residence of Mahatma Phule and his wife Savitribai Phule. It is now a museum that displays their significant life events through painted canvases.

Mahatma Phule was a social reformer, writer and revolutionary from Maharashtra in the 19th century. He was the one who along with his wife Savitribai Phule led the movement of women upliftment by encouraging women’s education. He played a vital role in the fields of education, agriculture, removal of untouchability, and women and widow upliftment. His contributions to the welfare of the society were significant and are still effective. The Wada is a tribute to the legend Mahatma Phule who brought about a social revolution in Maharashtra.

Phule Wada holds its antique touch till date. However, this was not the case till 1993 as it had been overlooked. Later considering its significance in the history of Maharashtra, it was developed and restored. Today the Wada is well-maintained and people from Pune and other regions come here to pay homage to the great Mahatma Phule.

Phule Wada is a perfect example of the simple lifestyle in those times. You will find a house, courtyard, a well, open space, trees and backyard there. In the open space of the courtyard lies a statue of Mahatma Phule where people pay homage to him. Then there is a well which holds historical significance. This was constructed solely for the people belonging to backward classes who were not permitted to use water from any other public reservoir.

The motive behind this construction was the liberation of such people and elimination of the class differences in the society. He used to conduct the meetings of Satyashodhak Samaj in the open space of the Wada for the betterment of society, especially the liberation of backward class people and preventing them from exploitation by upper caste. He also opened a school for girls with an aim of women empowerment where his wife used to teach. You will also come across several painting canvases that depict their efforts towards the welfare of the society. The paintings are so beautiful and real that it takes you back to the era depicting its events clearly. The trees in the courtyard serve the visitors by providing shade. Thus the beauty of this place lies in its simplicity and the depiction of events.

The Mahatma Phule Wada remains open from 9:30 AM to 6:00 PM everyday, except on Sundays. As this monument is situated near Pune railway station, it will be convenient if you take a bus from station or hire a rickshaw to reach there. Even you can opt for the Pune Darshan trip that includes this place in its list. Thus make sure you visit this place to experience the lifestyle of that time and beauty of the place. 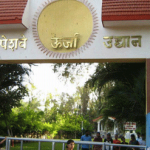