There are broadly two types of women, according to the men too, the well endowed ones and the ones with smaller boobs. That’s as simple as can be. If you are one from the latter half, then you must have constantly heard people pitying your boobie-size or instead wishing they had smaller breasts (in some cases the grass always seems greener on the other side, your side I mean!) The concept of loving larger boobs has taken a pleasant turn just nowadays with men being crazy about women who are well endowed in that region. Women generally find that having smaller boobs is more practical, not from the aesthetic point of view.

Here is why I feel that women with smaller breasts have less to complain about and must be proud of their puppies!

Don’t Have to Think While Exercising

They don’t have to think while exercising in any place, any way and amidst anybody! How much more versatile can it get?! Larger boobs tend to require a lot more support at times from two sports bras and yet their movement cannot be restrained or constricted enough to cause less pain. Smaller boobs can be well contained and might give minimal pain while performing the most rigorous exercise even.

Button down t-shirts and blouses are a breeze to wear for those with small boobs! You already know that for women with heavy boobs, button down shirts are a nuisance as the bras tend to peek out from the betweens!

Sleeping On Your Stomach

Sleeping on your stomach becomes easy-peasy. When you are heavy bosomed, you feel the large rounded obstructions coming in between you and the bed and thus find it difficult to sleep on your tummy. For the small breasted woman, she can sleep as she wants and still find it easier to let her weight down on those tiny ones.

Women with smaller breasts tend to maintain a perfect posture than those with larger ones, because the weight of the breasts is almost minimal and that doesn’t tend to slump your back forward.

Sagging is delayed or hardly visible for those with smaller boobies. Gravity functions in a simple way- the more the weight the more the downward pull towards the ground. So there you have it, heavier boobs will be pull down depending on their size and weight over a period of time as compared to smaller boobs. Also after pregnancy, the tissues in larger boobs get stretched a lot more than those in smaller ones as the weight of the boobs increases with the bulk of milk in them. As a blessing they won’t even show as many stretch marks as their heavier counterparts will.

Go braless with smaller boobs. Apart from the nipple-sketch, no one will even find it remotely vulgar or visually unappealing. Moreover, big boobs left braless will sag more than their smaller partners.

Wear strapless bras with ease. You’re open to wearing a range of tops that will look better on a smaller frame. 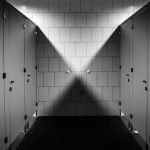 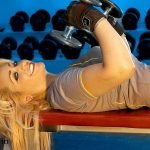