‘Did you ever experience orgasm?’ ‘Have you heard about female ejaculation?’ ‘Oh! You mean to say women too ejaculate as men do?’ Many questions about sex and orgasm go unanswered. Some of you wonder what does female orgasm entail, while some who are sexually active, wonder how you will feel when you have an orgasm, as you have not felt it during sexual intercourse.

Many girls don’t orgasm during sexual intercourse. It’s not a point to worry. An orgasm is the peak of sexual arousal similar to what men feel, when they ejaculate. Women witness pleasure and certain body movements.

How does this begin? It starts off with women getting turned on and there is tension in the pelvic muscles. During an orgasm the pelvic muscles contract and the body is flooded with hormones that release the feeling of pleasure and excitement. This is centered around the genital but, many times you feel it elsewhere.

Women don’t typically produce fluids like a man does when he ejaculates.

But, women can also experience what is called ‘female ejaculation’. Yes, it is true. How and when? Hit the video and find out. 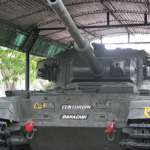