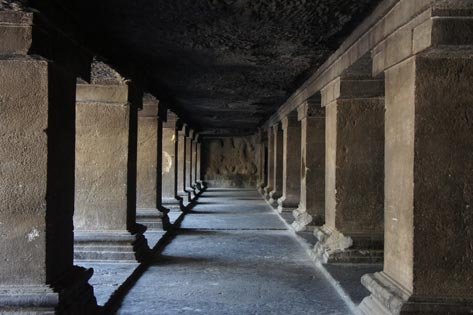 Being one of the oldest temples in Pune, the Pataleshwar cave temple is a rock-cut cave temple that was built during the Rashtrakuta dynasty in the 8th century. This temple is a reminiscent of Ellora and was carved out of a single gigantic basalt rock. It was originally built outside of town but due to the expansion of the city frontiers over the years, it is now situated in the downtown Jungli Maharaj road in Pune.

Dedicated to the Hindu god Shiva, the Pataleshwar cave temple includes a cube-shaped sanctified room housing a ‘Shiva Linga’. Besides this, one of the unique structures in this temple is a circular Nandi Mandapa along with its umbrella shaped canopy, situated in front of the cave. This mandapa is supported by huge square pillars and outside the basalt entryway hangs a brass temple bell. The worship region also includes the statues of Lord Rama, Sita, Laxman, and other Hindu God and Goddess. In the proximity of this temple lies a cave, which is why it is known as the Pataleshwar cave temple. It also has proper seating arrangement and smaller rooms for the visitors. The literal meaning of the word Pataleshwar is God of the underworld. The other names, by which this temple is called, include Panchaleshvara temple and the Bamburde temple.

It is believed that the construction of this temple remained unfinished, may be due to the presence of a defective line, detected at the back region of the sanctum, or due to the political turmoil that resulted in financial loss. Still, the architecture and the elegance of the temple surprise the visitors every time and remind them of how difficult it was then to build such a beautiful monument. The priests of this temple anoint the Shiva linga with ghee and yogurt and perform pooja everyday. The decoration of the Shiva linga and the sacredness of the temple rejuvenate the visitors. Even Guiness Book of World Records has listed the temple’s museum for exhibiting 5000 characters using rice grains that multiplies the splendors of the temple.

Thus this temple altogether is a delight to watch. Even today, worshipers from all across the city as well as from other regions come to this divine place to offer their prayers to Lord Shiva and experience the sacred bliss. The Pataleshwar cave temple remains open from 8:30 am to 5:30 pm. Even, it is not at all difficult to locate this temple in the city due to its existence in the heart of the city. Thus if you are planning to make a trip to Pune, make sure you visit the Pataleshwar cave temple to get a worthwhile experience. 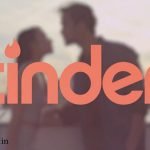 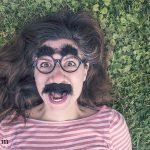