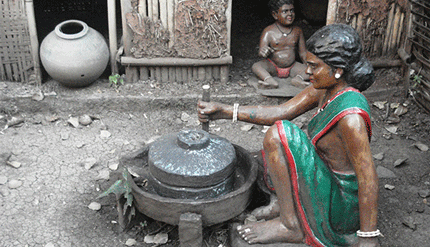 Considered one of the most prominent museums in Pune, the Pune Tribal Museum is dedicated to the tribal culture of Maharashtra. It is a cultural heritage that depicts its tribal world through the art and lifestyle of the tribes including Sahyadri, Marai, Gondwana, Danteshwari, Bahiram, Baghdeo, etc. Set up in 1962, it is situated on Queens Road near Pune Railway station. The Tribal Training and Research Institute, which is the only Government run institute in the State looks after this place.

Although the Pune Tribal Museum was set up in 1962, the collection of artifacts started showing up from 1965 and today it houses thousands of articles that depict the art and way of life of around 47 tribes of Maharashtra. The idea behind its construction was to preserve the art and other aspects of the tribal people of Maharashtra. Even the institute that maintains the museum conducts research related to several aspects of tribes. It also houses a library with books that one can use to learn about each tribe in detail.

The Pune Tribal Museum brings to your notice the creativity of the tribal people right from the start. First, you will come across a gallery which is beautiful. Then you will enter the world of tribes by viewing the artifacts on display. This includes a vast collection of handicrafts, costumes, cosmetics, idols of deities, jewelry, household articles, photographs, weapons, farming and hunting tools, musical instruments, etc. The texture, vibrant colors and design of the artifacts will definitely fascinate you. Then you will find a hall containing articles belonging to Sahyadri and Gondwana regions that include communities like Gond, Katkari, Korku, Kolam, Thakur and Mahadev Koli. Then there is another gallery that encloses warli paintings, bamboo works, and around 54 masks that are used while celebrating the Bohoda mask festival. Thus all these things introduce us to the rich culture of the tribal people of Maharashtra. Due to this, it also attracts historians, archaeologists and researchers. This museum not only receives good response from the Pune citizens but also from the people all across the world.

Considering its overall significance, the Pune Tribal Museum has been renovated and attempts are being made in adding more items to it.

As this museum lies near Pune Railway station, you can hire a rickshaw from station to reach there. Even you can opt for the Pune Darshan trip that includes this place in its list. Thus make a visit to this museum to connect to the artistic world of the tribes of Maharashtra and feel the beauty. 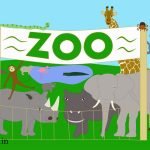