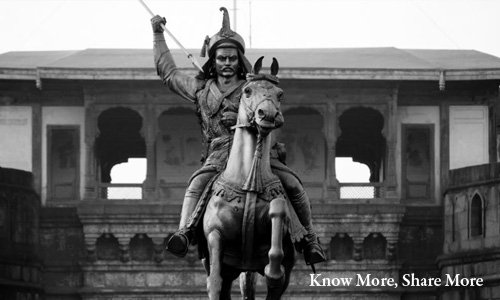 Considered the symbol of Pune culture, Shaniwar Wada is a popular palace situated in the Kasbapeth area of Pune. Erected in the 1730s, it was the base for the Peshwa emperors till 1818 when the Peshwas abdicated the throne to the British. An unexplained fire resulted in the destruction of the fort in 1828, but the existing structures and its beauty still keeps it alive and refreshing.

The word ‘Shaniwarwada’ is a combination of two Marathi words- Shaniwar and Wada, which means Saturday and a residential complex respectively. Moreover, the ceremonial foundation of the palace was laid by Bajirao Peshwa I onSaturday, January 10, 1730. The complete construction required a total amount of Rs. 16,110, which was a very large amount in those days. It was completed in 1732, after which the opening ceremony took place on another Saturday, January 22, 1732. Several things were added to it later like the fortification walls along with gates and bastions, court halls, reservoirs, fountains, etc. As the consequence of the unexplained fire stated earlier, only the fortification walls with five gates and nine bastions surrounding the complete palace exist today.

The main gate of the fort is Dilli Darwaza (Delhi Gate), facing north towards Delhi. This gate has extremely large doors with a total of 72 sharp spikes set in a nine by eight grid on each pane. The purpose of this was to withstand the attacks during the battle. Another gate facing northwards is Mastani Darwaza through which, the mistress of Bajirao, Mastani used to travel out. Facing eastwards is the Khidki Darwaza (Window Gate) that has an armored window. The Ganesh Darwaza (Ganesh Gate), which faces south-east, had Ganesh Rang Mahal near its door. The fifth gate, facing south is the Narayan Darwaza through which the corpse of Narayanrao Peshwa was taken away from the palace for cremation.

Since the fire of 1828 led to the destruction of the buildings within the fort, you can only go through the descriptions of its living areas in the fort. It is now more of a garden complex enclosed with the fortification wall. The main attraction is an outstanding lotus-shaped fountain, which is called as the Hazari Karanje. Designed as a lotus, it has sixteen petals with each petal having sixteen jets. At the entrance of this beautiful fort, you will find a big equestrian statue of Bajirao Peshwa I. In the fort, you will also come across Diwan Khana, Ganesh Mahal, Hasti Dant Mahal, etc. The greenery and the architecture of the palace are very appealing. In fact, considering the area available, several cultural programs are arranged here. Even the sound and light show conducted everyday in English, Marathi, and Hindi at Shaniwarwada is very popular. This show highlights the significance of the Shaniwarwada in the history of the Maratha Empire. The timing is 7:15 p.m. to 8:10 p.m.for the Marathi show and 8:15 p.m. to 9:10 p.m.for the English show.

Thus make sure you visit Shaniwarwada to experience its creative excellence and richness. 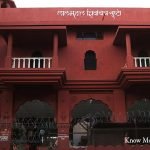